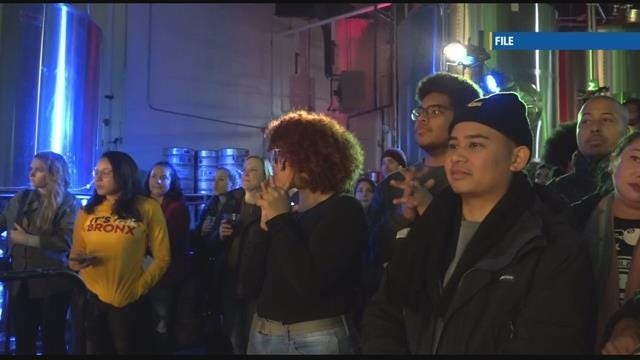 An arts event meant to bring Bronx creatives together on Saturday has been postponed, organizers say.

"It's the Bronx" was supposed to have its second event over the weekend at the Andrew Freedman House. The Artist Hub on Grand Concourse says it canceled its participation after it received multiple calls from people concerned the festival was backed by big developers.

The head of the arts event tells News 12 they've been subjected to verbal attacks from various groups in the borough for allegedly being connected to commercial entities, which they say is not true.

The arts event team says they're mostly made up of Bronx residents and that the event was not to rebrand but give Bronx artists, creators and entrepreneurs another platform to showcase and be celebrated.

Over 40 artists were preparing for the event.

'Hydro-Punk,' a Bronx-based art collective, posted on Instagram that they have been against "It's the Bronx" since the first event in January at the Bronx Brewery. They say the event is being used as a tool to rebrand and "sanitize" the Bronx.

News 12 reached out to Hydro-Punk for comment. They say they'll be releasing a statement on Friday.

The team says it's been working on this idea for the past six months and will take this as a learning experience and move forward for an even bigger event in the future.