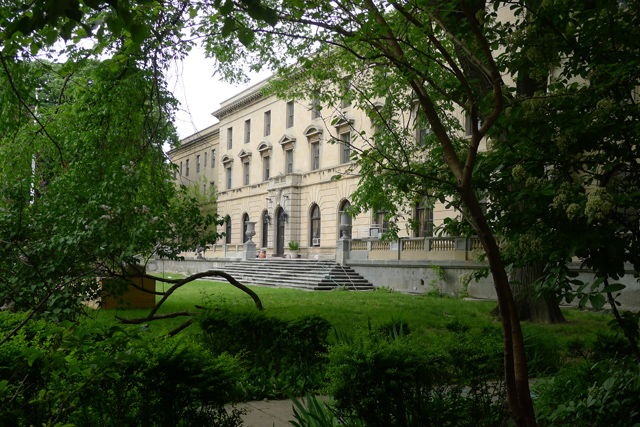 Cuomo on Tuesday announced 12 transformational projects as part of the Downtown Revitalization Initiative award, saying the strategic investments will connect the commercial and cultural nodes within the Bronx Civic Center to create a unified downtown that provides a high quality of life for residents and visitors.

He said it will also support inclusive economic growth and opportunity, as well as preserve and promote the borough's unique heritage and identity.

"The Bronx Civic Center neighborhood is the heart of the bustling Bronx and it must be showcased," Cuomo said. "These projects will advance the borough by leaps and bounds, increasing amenities to existing South Bronx residents and bringing further investment and community pride to the Bronx."

The neighborhood includes the area bounded by 144th Street on the south, 165th Street on the north, the Harlem River on the west and St. Ann's Avenue/East-Third Avenue on the east.

The specific projects to be funded through the DRI include, according to a press release:

--Beautify Streetscapes at the Hub and 149th Street: Invest in a series of streetscape improvements on Third Avenue, Melrose Avenue, and 149th Street to foster a stronger local identity, improve safety, and encourage private investment. ($1,040,000)

--Complete an Upgrade of the BronxWorks Public Swimming Pool Facility: Build on recent investment in a community swimming pool located at BronxWorks' Carolyn McLaughlin Community Center on the Grand Concourse. Improvements to the pool area would include an air handling system, new ceiling tiles, and refurbished locker rooms. ($429,000)

--Enable Construction of a New Pregones Theater Space: Demolish the existing, out-of-code, wood-frame house at 571 Walton Avenue to enable the Pregones/Puerto Rican Traveling Theater (PRTT) to develop a modern facility that will serve as an organizational headquarters and house artist rehearsal, studio, and performance space. ($260,000)

--Expand Low-Cost Broadband Access in Melrose Commons: Create a point-to-multi-point, rooftop-based wireless broadband network serving residents, businesses, and visitors in Melrose Commons. The network would offer free wi-fi in and around select public spaces; free access to an internet-enabled local resource portal for residents within networked buildings; and low-cost broadband service for residents within networked buildings. Initial fiber access would be provided by Nos Quedamos at two buildings it owns. ($437,000)

--Create a More Welcoming Gateway at the 161st Street Station: Create a modern, attractive gateway to the Bronx outside the East 161st Street - Yankee Stadium subway station by enhancing existing concrete medians with improved plantings. This project will complement other investments in the area. ($227,000)