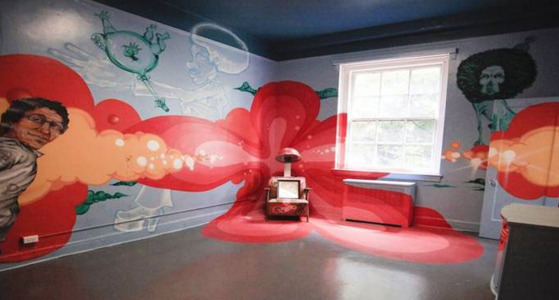 New York Magazine:  Because a Former Retirement Home for Bankrupt Millionaires is about to become “the BAM of the Bronx” by Mark Jacobson Andrew Freedman (1860–1915) lived the life Donald Trump might have had if he was a late-19th-century Gilded Age real-estate boy genius in league with the all-powerful Tammany Hall political machine. A pre-tax millionaire by age 30, Freedman dispensed the patronage for the building of the IRT, New York’s first subway line. In 1895, he bought the New York Giants baseball team, becoming the first in a long line of hated New York sports-franchise overlords. Baseball historian Bill James called him “George Steinbrenner on Quaaludes with a touch of Al Capone.” But then, near the end of his life, perhaps chastened by losses in the crash of 1907, Freedman did a very unTrump thing.

Freedman set aside enough cash to build and maintain a retirement home for “aged and indigent persons of both sexes of good circumstances.” It was Freedman’s belief that rich people should not be deprived of the finer things in life simply because they’d gone broke. Completed in 1924, the product of this late-life philanthropy is the Andrew Freedman House, a five-story, 117,000-square-foot Italianate palazzo located on the once-elegant Grand Concourse in the southwest Bronx. With eternal free room and board, the formerly well-off took their meals in a grand dining hall and edified themselves in a oak-paneled library. Each room was outfitted with a marble bath. Even as funds began to run out after WWII, residents still appeared for dinner in formal dress. Later, the dwindling number of erstwhile New York grandees sipped tea in the ample gardens as the first black clouds of the soon-to-be-burning Bronx filled the skies.

That might have been the end of Andrew Freedman’s curious legacy, if not for Jeanette Puryear, a Jamaican-born social worker who more or less single-handedly managed to raise the funds to purchase the mansion in 1984.

“My mother was working at the facility across the street back then. It was rough. But every day she’d look at this place because it is so beautiful,” says Walter Puryear, Jeanette Puryear’s dapper 40-ish son who now serves as the director of the house. “The Department of Correction wanted to make it a jail. My mother thought it deserved a higher purpose than that.” Armed with a hefty bank loan, she turned the building into a day-care center and residence for community seniors.

“Old rich people became old poor people,” says Walter Puryear, well aware of the attendant ironies of New York’s endlessly shifting demographics. Indeed, landmarked in 1993, the remarkably well-preserved Freedman House — the library is still full of books, right up to the 20-foot-high ceiling — is entering a whole new incarnation as the long neglected Bronx begins to come on-line during the current Gilded Age. With the so-called Piano District beginning to boom, the Freedman House is home to many working artists including people like Kool Herc, the original hip-hop DJ. Several plays and exhibits have been staged. Puryear hopes the place will become “a cross between BAM and an artist colony.”

This is keeping with the sweep of history, says Walter Puryear as he walks out the door of the Freedman House to the grounds facing the clatter of the Grand Concourse. About 20 cats run free out there, among the scruffy shrubbery and artists’ sculptures. This is a good thing, he says, because besides keeping the rats away, the cats just might be “the souls of the departed, the people who lived here over the years. One might even be Andrew Freedman.”