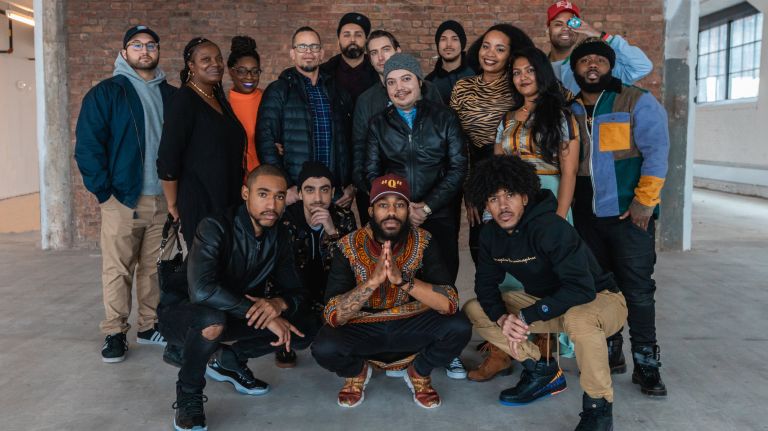 amNew York:  ‘It’s The Bronx’ festival will ‘tap into the local scene’ to showcase musicians, artists & vendors By Shaye Weaver

The new "It’s The Bronx" festival, which kicked off with a preview on Jan. 26, will showcase local talent. Photo Credit: Newsday / Robert Mecea

There’s an entire festival dedicated to Bronx hustle, and it’s kicking off this month.

"It’s The Bronx," launching March 23, promises to be the largest talent showcase by the Bronx and for the Bronx with 30 musical performers, 40 visual artists, 20 panelists and dozens of food and drink vendors — and it has plans to run monthly starting in May.

The new festival, which was initiated by the co-founder of the Bronx Night Market, Marco Shalma, is meant to provide a platform for local talent, he said.

"We’re pretty tapped into the local scene, and during last year’s successful launch of the Bronx Night Market, where the music and art were secondary to the food by definition, we realized that our community wants more of the stuff they see elsewhere, made by locals, with local partners, and right here on our doorsteps," he said. "Enter our team." "It’s The Bronx" will have 35 local musical acts and DJs who will battle each other. Photo Credit: Richard AcevedoThe March 23 event at the Andrew Freedman Home not only has performances by DJ Sabronxura and others, but it will also have a DJ turntable battle with DJs J Fuse, Moka, Dana Lu and Sammii Blendz, acoustic subway sessions and a talent show and an art gallery with work by photographers, graphic designers, illustrators and painters, and panel discussions about personal branding, female entrepreneurship, food and publishing — all with industry leaders like Saraciea Fennell, who started the Bronx Book Festival.

The Bronx Brewery, Empanology and The Uptown Vegan, among others, will provide craft beer and bites.

There will be a lot going on, but that is the point — it’s about showing all that the Bronx has to offer in a way that will resonate with people, Shalma said.

"The obsession with influencers and celebrities pushed entire communities to ignore their local up and coming talent whether its local businesses, musicians, artists, or others," he said. "People are finally starting to realize the importance of this immediate connection, and investing in local talent as part of making sure they can thrive in their community, and inspire others on an immediate level." The festival will also have a fine art gallery showing off work from local photographers, painters and illustrators. Photo Credit: Richard Acevedo
If you go: The festival runs from 11 a.m. to 10 p.m. at the Andrew Freedman Home at 1125 Grand Concourse. Tickets are $20 and are up on eventbrite.com.
Links: