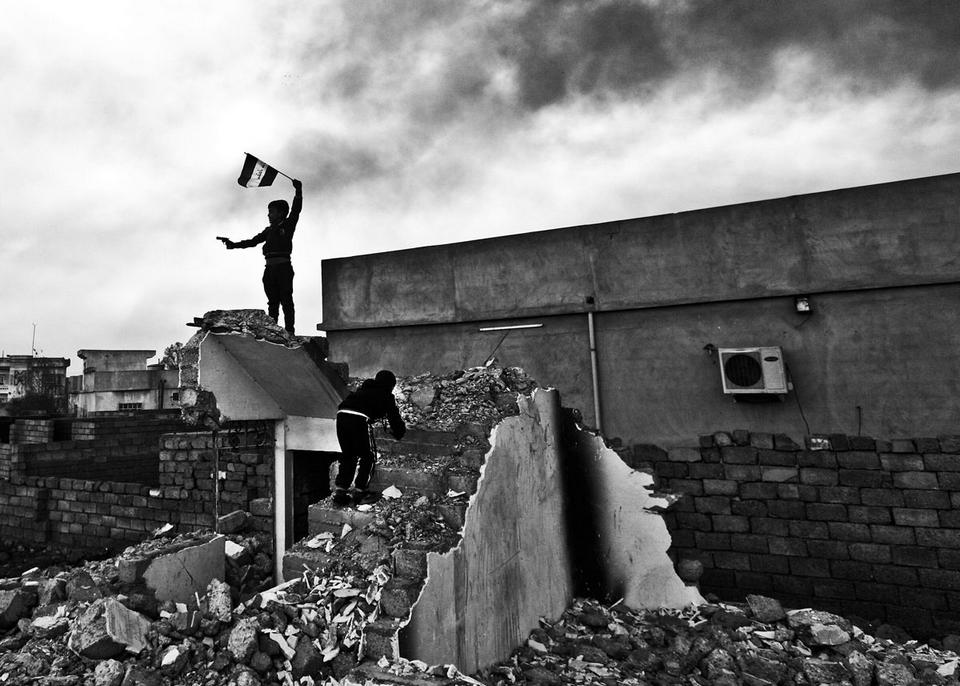 Photographs taken in Mosul, Iraq, by Byron Smith of Warwick will be on display May 6-June 15 at the New York Public Library’s Mid-Manhattan branch, 455 Fifth Avenue. Smith has been freelancing for the New York Times, Wall Street Journal and the NY Daily News since 2011.

The photos he took while covering the Mosul offensive in 2016 earned him the first-place award for the News Picture Story category in the 2017 New York Press Photographers Association contest.

His photos will be among those on exhibit by the NYPPA honoring the competition winners.

Additionally, Smith won a 2017 Photography Fellowship from En Foco for his photojournalistic work in Mosul. An exhibit of six images from Mosul will be on display at the Andrew Freedman Home, 1125 Grand Concourse, Bronx, May 19-June 17.

Smith’s series, Mosul Offensive 2016, is described as “a photographic quest to document and understand the consequences of a U.S.-backed war between the Iraqi Army and ISIS, for civilians in Mosul, Iraq.”

For more information go to byronsmithphoto.com.