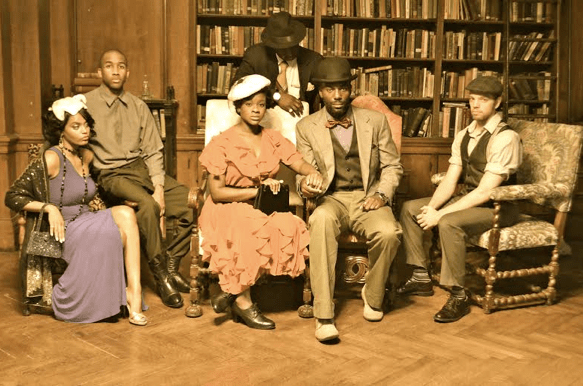 Bronx, NY – Designated as a New York City Historic Landmark, the Andrew Freedman Home, a vibrant location for arts and culture, is revitalizing the artistic landscape of the Bronx, New York.  On September 5, New York University alumni and producer Walter E. Puryear will mount “The Fall of the Kings,” a new American drama set in the 1940s.
The play tells the story of an African-American heiress and her Caribbean (Cuban) husband fighting to sustain their family in the midst of an economic disaster.
Described by the New York Times as “exactly the sort of place…that contemporary arts dreams are made of” the venue carries an undeniable palatial air and encompasses over 100,000 square feet. Freedman, a millionaire, former owner of the New York Giants and financier of the city’s first subway lines, bequeathed funding to construct the Home in the 1920s as a luxurious residence for once-wealthy senior citizens.

The playwright, Mai Sennaar, is an alumna of the Tisch School of the Arts. She is a mentee of noted playwright and screenwriter Richard Wesley (The Mighty Gents, Broadway) and Broadway and film actress Novella Nelson. At the age of 19, Sennaar’s first play, “The Broken Window Theory,” was produced at the famed Nuyorican Poets’ Cafe starring Tony Award-winner Tonya Pinkins and directed by Tony Award-nominee Michele Shay.
“The Fall of the Kings” production crew includes choreographer, Dyane Harvey-Salaam, whose Broadway, film and television credits include: The Wiz (original stage and film versions) and the Spike Lee film “School Daze.”  Set designer, Christopher Cumberbatch’s work has appeared both in theatre and in the Spike Lee films, “Crooklyn” and “Malcolm X.” Composer Dianaruthe Wharton Sennaar is a founding member of Sweet Honey in the Rock and composer for Ntozake Shange’s Broadway hit “For Colored Girls…”  The award-winning, Grammy-nominated composer and trumpeter Christian Scott is a featured guest soloist on the play’s main theme.
“The Fall of the Kings” is an immersive theatre experience where the fourth wall crumbles and the story moves the audience through intimate rooms and enthralling portrayals, welcoming the audience right into the home and lives of the Kings.
“Kings” opens today, September 5 at 8pm, with performances running through November 1st.  Tickets range from $30-$45. Discounts are available for groups, Bronx residents, seniors, and students. Exclusive Bed & Breakfast and Bus trip packages are also available.
For tickets and information: www.thefallofthekings.com
article by Lori Lakin Hutcherson (follow @lakinhutcherson)