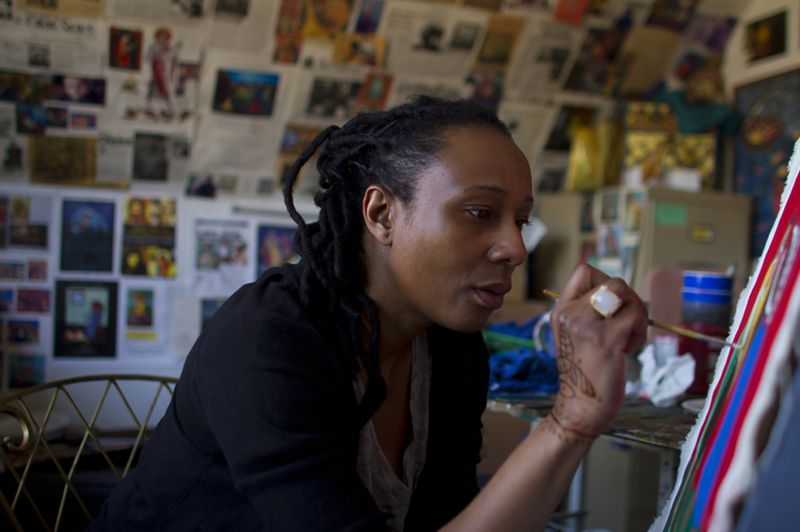 A pair of Bronx-loving artists have created a web directory to help boost the borough's burgeoning art scene.

The Bronx 200 — bx200.com — will serve as a database to connect Bronx-based artists to curators, collectors, gallerists and businesses, said Laura James, a co-founder who moved to West Farms from Brooklyn a decade ago.

"I realized that there were a lot of artists in the borough," James said. "They're really spread out, but they're here."

The 43-year-old painter partnered with urban landscape painter Valeri Larko on the project.

"We wanted it to be as simple as possible," James said of the site, which features contact information and a short biography for each artist.

The Bronx 200 focuses on visual artists, but the site also features a list of galleries, museums and art-focused organizations.

"I hope that it encourages people to come to the Bronx to experience the changing environment," said Walter Puryear of the Mid-Bronx Senior Citizens Council, which owns the historic Andrew Freedman Home. "It will make it easier to access artists from the Bronx."

The directory features several celebrated graffiti artists who got their start in the northernmost borough including John (CRASH) Matos and Fernando (Cope) Carlo.

Matos is in the process of opening a new art gallery in the Mott Haven area.

But there's more to the Bronx than just street art, James said.

Among the featured artists on the site is Benjamin Petit, a photojournalist who has worked internationally for a number of publications, part of the team behind the Bronx Documentary Center.

"A lot of people associate graffiti with the Bronx, so it's a good thing to show that there are other types of artists as well," James said. "It's totally multi-cultural and all different mediums."